As we look to nature to illuminate something of the transcendent, let’s not forget human nature. More than not forgetting it, let’s take a magnifying glass to a piece of it: denial.

We live in denial of ourselves as a part expressing the whole. We prefer to stick with our little part here, and perhaps this denial of our full nature is the fundamental action of a phase of humanity. Perhaps the reason we constantly try to invent a way to wholeness as a distraction from actually being wholeness is that this phase, which we’re defining as the part in denial of its wholeness, is in and of itself whole.

Civilization in-and-as denial is a whole movement. It is a stage not of development but of possibility. We are making this possibility an actuality. The difference here is the same as the difference between calling particles building blocks simply because they transcend and include each other, and seeing them for what they are: interdependent visions of existence manifesting all at once, yet erroneously considered evolvements. Because we are a whole as we are we can continue down the merry path of destruction and call this, human nature, oblivious that our whole is also part of a larger whole transcending and including us. If we remain in denial of the fact, we will perish. Always. Remaining as this whole forever isn’t an option, so it becomes a disease. It plays out that way. But really, it’s a consequence of not understanding that we’re in a pattern as we travel through it. 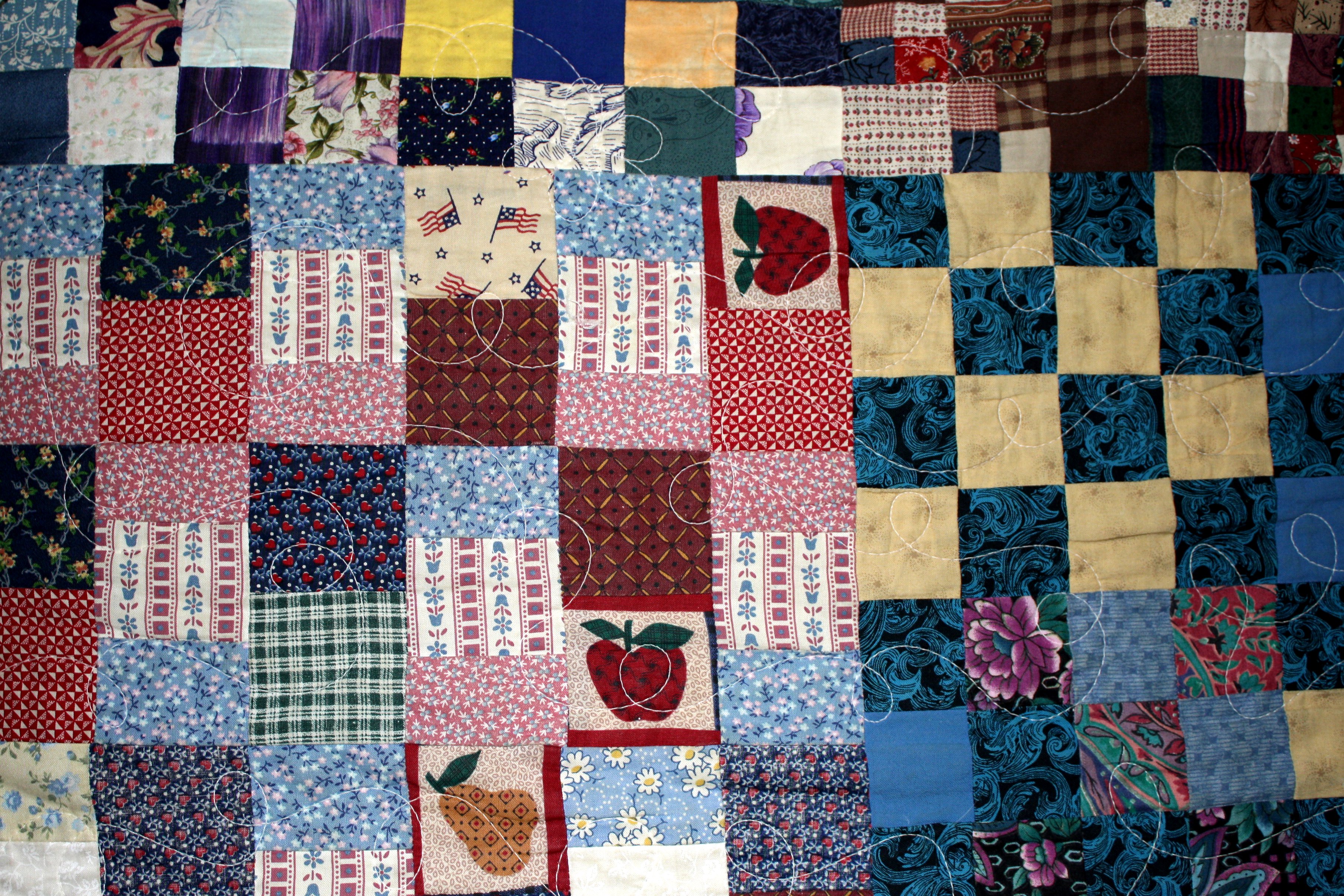 Here’s an analogy: Think of reality as a quilt made of innumerable patchworks. This quilt is self-aware unto its own and each color pattern within it is also conscious by degrees. One of those degrees is to be conscious as both the quilt and the pattern—not in a dualistic way, but at once.

We humans are the degree of consciousness who can see as the quilt sees, as well as through our pattern within it, when we step out of denial. We tend to view ourselves as one of those patchworks only, and as we travel across the middle from the stitching on one side to stitching on the other, we say we’re evolving through time. However, once we butt up against stitching on the other side, we see that what just looked like evolving is actually a limitation and we’re at the end of it. Those who believe time is linear would say this is it for us; those who understand time cyclically know that thought jumps to a new pattern, in amnesia of the old, with some stories about it to remind us as we forge on, “evolving.” Both predictions are linear in their own way, it’s just that cyclical time is more of a spiral carrying on after the jump through stitching.

All of these patterns are necessary, as they make up the quilt. But traveling through them in denial of the quilt is madness. We call this madness human nature because we don’t know any better, even though people who understand the dilemma have pointed it out through the ages. We continue to name it and then prescribe more time as the cure, even though time and self are intertwined. Timelessness is the correct antidote. Timelessness is the death of self—the death of the pattern-only state of mind. Such a one resurfaces in time re-contextualized as the pattern who can see as the quilt sees. No more false traveling even if you’re on the move.

Some of us love a good mystery. More often than not it’s because we love trying to figure out the answer. Mystery, with a capital M, has no answer. Mystery cannot be touched by time or self. Dare we enquire, “What is human nature?” with neither answer nor inkling in mind? What do we become when we do? Not another pattern.

Freedom has no pattern and the shape of wholeness is everything.

Whose Reality? Gus and The Friendly Pigs… or… United Nations